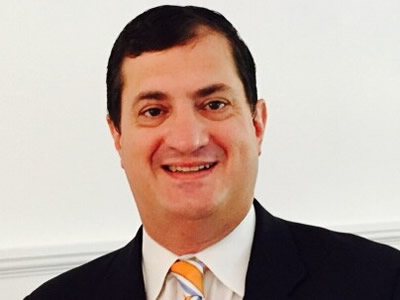 Paul, thanks for taking the time to talk with us today.  Let’s start with your journey into the security world. How did that journey start for you?

I went to college with the intent of becoming a police officer.  I majored in criminal justice and after graduating I went through testing to enter law enforcement.  In those days you qualified and then your name was placed on a civil service list and stayed there for three years or until you got the call for a law enforcement opening in your locale, which for me was greater Chicago.

While I was waiting for the call I needed a job, so I became a night security guard at the Palmer House – a Hilton Hotel in Chicago.  After two and a half years of waiting, I finally got the call on a Friday. An officer spot was opened in one of the Chicago suburbs and I could start training on Monday.  It just so happens that was the same day I got promoted to Assistant Director level at Hilton. The guy on the phone basically said “I need your answer now or I’m calling the next guy on the list.”  I passed and ended up staying at Hilton for 26 years.

What was your title in that 26th year and where do you go from there?

I was the Director of Global Safety and Security at Hilton.  In early 2013 the general counsel of Starwood, someone I knew professionally, called me to discuss a new position that was being put together at Starwood and in April 2013 I accepted the amazing opportunity of building a brand new global security program and occupying that new role: VP of Global Safety and Security with Starwood Hotels and Resorts.

So I would imagine occupying the senior-most physical security roles at Hilton and now Starwood, you would have had some professional experiences which meaningfully shaped your view of security?

Absolutely.  One that comes to mind immediately, especially given the recent 10-year anniversary, is the Hurricane Katrina disaster in New Orleans.  That was a game changer for me as I was managing a crisis situation in a first-hand, on-the-ground manner and that experience really changed how I look at crisis management.  I now focus much more on the operational aspects of a crisis plan as well as the administrative aspects. Often business continuity/ disaster recovery consulting firms will devise plans focused on, administratively, what should happen – who should do what when.  However, when disaster strikes, its much more important to put the operational leaders out in front and guide them so they can utilize their leadership skills to steer through the situation.

What kind of skills or attributes do you look for in such an operational leader?

I look for someone who is not emotional; who can focus on the issue at hand and not have his or her judgment clouded by ancillary or secondary issues.  Likewise, you need someone who can stay organized and adapt to a constantly changing environment while sticking broadly to the agreed upon plan. Just because someone has a “general manager” title doesn’t mean they have those traits and are the best individual to lead the company through a crisis situation.

Good advice.  So working in the hotel security world, my guess is you’ve come across some ‘sticky’ or funny situations along the way.  Any you’d care to share?

Wow.  There are a million to be honest.

One of my most memorable situations for me was when I was a night security guard at the Palmer House in Chicago.  I was asked to investigate what appeared to be a domestic argument on-going in one of the guest rooms. As I approached the room I could hear a man and a woman yelling.  I knock on the door and a very large man opens it. I immediately recognized him as a very well known pro football player. His girlfriend, who was with him, said she was physically okay but wanted to leave the premises.  I escorted her outside and made sure she was calm and had a safe place to go. I then went back up to the room to ensure the football player was calming down. What happened after I knocked on the door again shocked me. I sat in the room for an hour and a half talking with the football player as he cried and told me how difficult his life was.

You know, being in that situation, as a security guard, isn’t all that unusual.  I know many times I’ve been in the situation where I end up being “someone to talk to” – almost a therapist for a complete stranger.  I think this is true of police officers too. People sometimes reach a boiling point and feel they have nobody to talk to. They explode and security or law enforcement then becomes that person to talk to.

You certainly have had some interesting experiences.  What advice would you give a young person who has an interest in a security-based career?

I would advise them to find employment in a security role which will present them with many, many varied situations.  You need to be in a role that keeps you very busy; one with a lot of people interaction. The more situations you encounter and have to deal with, the faster you learn and more valuable you become.

What are the main changes you’ve seen over time in the hotel security industry?

In the technology realm, we saw a major leap forward in what we broadly call “mass communication” tools right around the time of Katrina.  The ability to send a common voicemail, email or some other communication to multiple people at the push of a button was a leap forward. What was broadly called closed circuit TV is another area in which the technology continues to leap forward year over year.  Our ability to remotely view activities and utilize motion detectors, and other time and space saving features, has significantly advanced in recent years.

Finally, tell me about your relationship with police departments.

We have very strong relationships with many departments in the locales our properties sit.  We utilize off-duty officers from time to time to augment our security needs and I want to stress the relationship between our security teams and local police departments is two-way.  We are often in a position in which we can and do help local police solve crimes. If we are aware of criminal activity in our area, we will proactively search our camera footage or take other actions to assist the police.  I can cite many success stories in which we helped the police in their efforts. I would encourage other companies to also proactively help local police departments where they can.

Excellent point.  Thanks so much for your time today.

My pleasure.  Thank You.